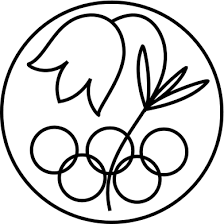 Jelle Zijlstra, won bronze in 2008 and silver in 2009 IBO. He shares his experience in the IBO below.

I was in the IBO twice representing the Netherlands, in 2008 (Mumbai, India) and 2009 (Tsukuba, Japan). I won bronze the first time and silver the second.

I had a great time at both Olympiads, but the experience was very different. India felt a little chaotic at times. The Dutch team arrived a few days before the official start of the program and we looked around the city for a bit, which was a lot of fun. For me, it was the first time leaving Europe, and the heat, the monsoon rains, the bazaars, and the slums were all new to me.

During the Olympiad itself, we were in a fancy hotel with all other participants, and the jury were in another fancy hotel (with one more star—they’re spoiled). The program contained two days of exams: one day had four practical exams, which involved various biochemical tasks as well as looking at some bones, and the other had two big theoretical exams. On the other days, we went on various activities with the other participants, including a tour of a scientific institute in Mumbai and a visit to an amusement park.

Perhaps the best part of the IBO is that there are people from such a wide range of countries, and many make a conscious effort to show their culture. The Mongolians and Vietnamese wore gorgeous traditional attire. It’s also traditional that every country brings some sort of small gift to give to the other participants, and I still have a box full of little clocks and fans and random other things from the IBO. (We Dutch didn’t do very well on this front: we just had orange shirts and hats, a mascot with a name designed to be unpronounceable to anyone outside our country, and pens as gifts.) We talked to the New Zealanders a lot during that Olympiad, and during the award ceremony, we almost started a diplomatic squabble with them after one of my teammates stole their flag.

Each team gets assigned a guide who is a local student. I remember ours mostly because he kept saying “Stay here, don’t go anywhere” when we were once again waiting somewhere with no hint as to when we might be able to leave. We often didn’t listen.

In Japan, the atmosphere felt very different. They gave us characterless international food (apparently to avoid giving the Japanese delegation an advantage), while in India they had given us real, good Indian food. We had assigned seating everywhere, in the buses and even at meals. This olympiad was during the swine flu scare, and they had us measure our temperature several times a day to make sure we didn’t have the flu. When we were walking from the buses to something, there were guides along the way to make sure that … I don’t know why they were there.

On the off-exam days, we went to see the beautiful temple complex at Nikkō and a science museum somewhere near Tsukuba. Before the official program, we stayed in Tokyo for a few days with the Dutch team. It was great to get to see a bit of Japan.

Your experience will be different if you’re at a different Olympiad or representing a different country. India and Japan felt quite different, and this year’s Olympiad (for example) was in Zurich, Switzerland, which no doubt was quite different again. Our team wasn’t very much into intense preparations for the exams; I think that’s quite different for some other countries where a gold medal at the IBO can win you abundant fame and scholarships. Still, I did spend a lot of time away from the group activities reading my trusty Campbell textbook.

At the Dutch National Biology Olympiad, alumni are strongly involved in the program, and I’ve been back there almost every year. Both the NBO and the two IBOs I went to were wonderful experiences that helped me get where I am now.