Let’s delve into microbiology and learn about gene transfer mechanisms:  Transformation, Transduction and Conjugation. Firstly, take a look at the video.

This one is useful, too.

Now let’s take a look at some theory notes.

In bacterial populations mutations are constantly arising due to errors made during replication. If there is any selective advantage for a particular mutation (e.g. antibiotic resistance), the mutant will quickly become the major component of the population due to the rapid growth rate of bacteria. In addition, since bacteria are haploid organisms, even mutations that might normally be recessive will be expressed. Thus, mutations in bacterial populations can pose a problem in the treatment of bacterial infections. Not only are mutations a problem, bacteria have mechanisms by which genes can be transferred to other bacteria. Thus, a mutation arising in one cell can be passed on to other cells.
Gene transfer in bacteria is unidirectional from a donor cell to a recipient cell and the donor usually gives only a small part of its DNA to the recipient. Thus, complete zygotes are not formed; rather, partial zygotes (merozygotes) are formed.
Bacterial genes are usually transferred to members of the same species but occasionally transfer to other species can also occur.

Transformation is gene transfer resulting from the uptake by a recipient cell of naked DNA from a donor cell. Certain bacteria (e.g. Bacillus, Haemophilus, Neisseria, Pneumococcus) can take up DNA from the environment and the DNA that is taken up can be incorporated into the recipient’s chromosome. 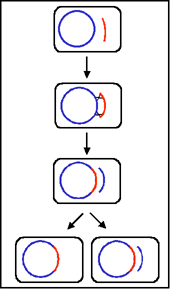 Transformation occurs in nature and it can lead to increased virulence. In addition transformation is widely used in recombinant DNA technology.

Transduction is the transfer of genetic information from a donor to a recipient by way of a bacteriophage. The phage coat protects the DNA in the environment so that transduction, unlike transformation, is not affected by nucleases in the environment. Not all phages can mediate transduction. In most cases gene transfer is between members of the same bacterial species. However, if a particular phage has a wide host range then transfer between species can occur. The ability of a phage to mediated transduction is related to the life cycle of the phage.

Fig. 3 The mechanism of generalized transduction

During excision of the prophage, occasionally an error occurs where some of the host DNA is excised with the phage DNA. Only host DNA on either side of where the prophage has inserted can be transferred (i.e. specialized transduction). After replication and release of phage and infection of a recipient, lysogenization of recipient can occur resulting in the stable transfer of donor genes. The recipient will now have two copies of the gene(s) that were transferred. Legitimate recombination between the donor and recipient genes is also possible.

Lysogenic (phage) conversion occurs in nature and is the source of virulent strains of bacteria. 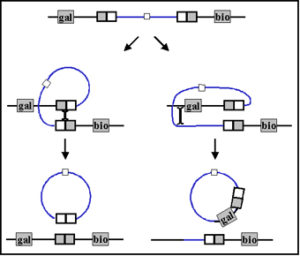 Figure 4. The mechanism of specialized transduction

In crosses of the type F+ X F– the F–becomes F+ while F+ remains F+. Thus, the F factor is infectious. In addition, there is only low level transfer of chromosomal genes.

In crosses of the type Hfr X F– the F– rarely becomes Hfr and Hfr remains Hfr. In addition, there is a high frequency of transfer of donor chromosomal genes. 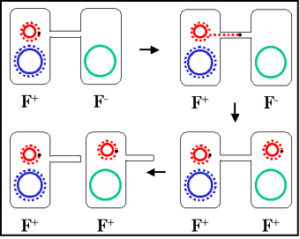 iii) Legitimate recombination
Recombination between the transferred DNA and the chromosome results in the exchange of genetic material between the donor and recipient.

This process is similar to F+ X F– crosses. However, since the F’ has some chromosomal genes on it these will also be transferred. 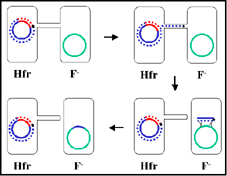 iii) Homologous recombination is not necessary although it may occur. 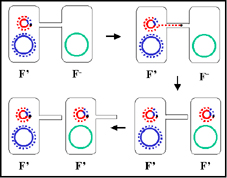 iii) Phase Variation
The flagellar antigens are one of the main antigens to which the immune response is directed in our attempt to fight off a bacterial infection. In Salmonella there are two genes which code for two antigenically different flagellar antigens. The expression of these genes is regulated by an insertion sequences. In one orientation one of the genes is active while in the other orientation the other flagellar gene is active. Thus, Salmonella can change their flagella in response to the immune systems’ attack. Phase variation is not unique to Salmonella flagellar antigens. It is also seen with other bacterial surface antigens. Also the mechanism of phase variation may differ in different species of bacteria (e.g. Neisseria; transformation).

Plasmids are extrachromosomal genetic elements capable of autonomous replication. An episome is a plasmid that can integrate into the bacterial chromosome. 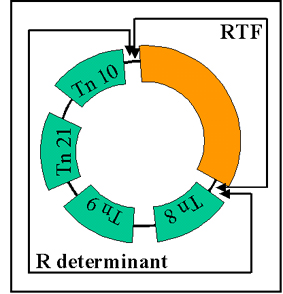 All information provided by http://pathmicro.med.sc.edu/mayer/genetic%20ex.htm.

Some good information with pictures can be found HERE.