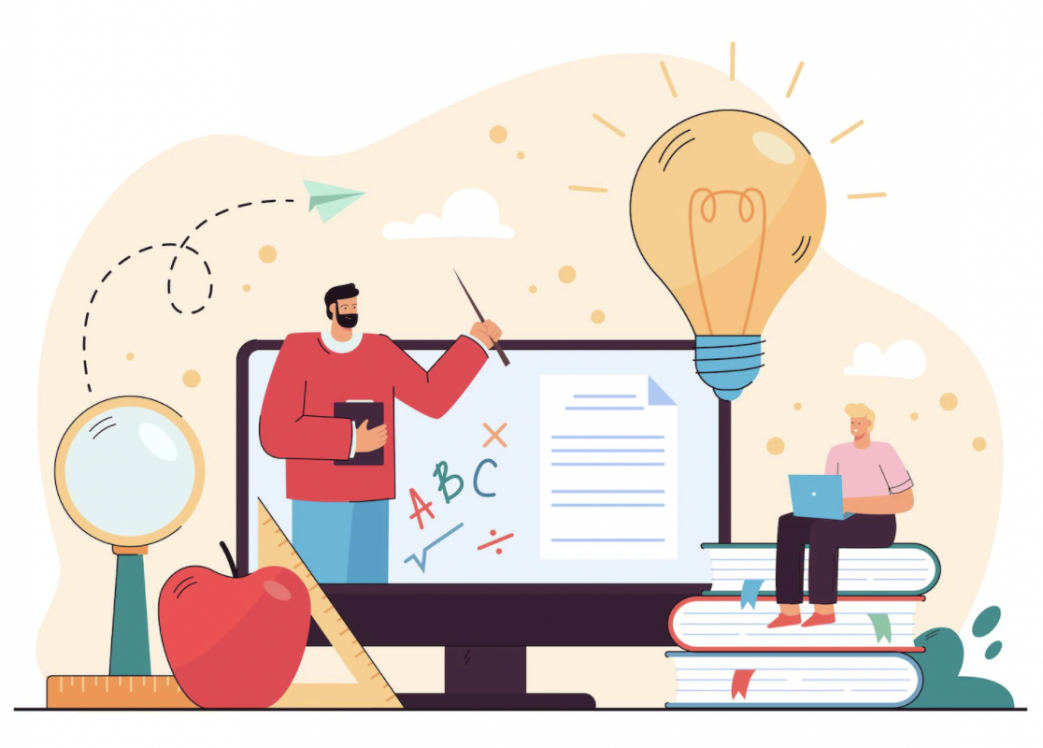 Every January and February all students are relentlessly trying to study for an upcoming biology olympiad. No matter where you are in the world, all feel (and I felt) the same as you. Today is more than 6 years since I sat my first biology olympiad and I clearly remember how nervous I was since my teacher, family, and friends were expecting a lot from me.

Having gained so much experience in my National Biology and the International Biology Olympiads plus being a biology olympiad tutor for 4 years, I would like to shear my top TIPS that will not help you gain more knowledge but will help you improve your tactic during that precious time when you are taking the test. 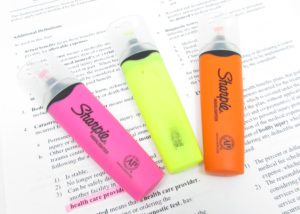 My Number 1 was and will always be – take and USE a HIGHLIGHTER during the test. Mark ONLY the key information of the question – there is no need to highlight everything, just the key facts.

Let’s take one example from USA Olympiad 2015 paper. Read and select your answer. Remember 1 min per question! Plus I will add an image after the question so that you do not see the answer instantly.

For forensic inspection, you only obtained red blood cells from an individual and amplified for the D1S80 locus in chromosome 1. Twenty nine different alleles of D1S80 have been identified, and 435 allelic combinations are theoretically possible. Approximately 86% of the population is heterozygous at this locus. You set up a PCR reaction for this locus and ran a DNA gel electrophoresis. What would your expected results be based on the described protocol?  (USABO 2015)

1. You would most likely see no bands.

2. You would see more than two bands.

3. You would see two bands for the heterozygous while one band for the homozygous. 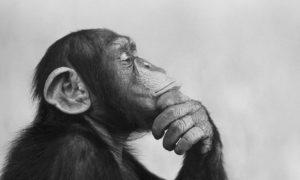 Got your answer? Read on!

Now let’s try to highlight the key things in this question to see if you picked what you needed:

For forensic inspection, you only obtained red blood cells from an individual and amplified for the D1S80 locus in chromosome 1. Twenty nine different alleles of D1S80 have been identified, and 435 allelic combinations are theoretically possible. Approximately 86% of the population is heterozygous at this locus. You set up a PCR reaction for this locus and ran a DNA gel electrophoresis. What would your expected results be based on the described protocol?

If you are attentive enough, you could not have missed that we have anucleated red blood cells which have no DNA when mature. And no, mitochondrial DNA does not count since RBCs are anaerobes and do not have mitochondria (Ref. https://www.ncbi.nlm.nih.gov/pubmed/21698761). So the answer is A.

Especially be careful with endings which indicate plural and words ‘not’ since many of us know the correct answers but select not those that were asked in the question. One of the examples:

Which of the following statements about long distance transport systems in plants are TRUE?  (USABO 2015)

B. Phloem transport can be multidirectional.

D. The driving force that moves water in the xylem is ultimately derived from the energy of the sun.

What is your answer?

Which of the following statements about long distance transport systems in plants are TRUE?

Tip Number 2. NEEEEVEEEER leave blank answers!!! SELECT anything because there is still 20% chance (1 out of 5) that you might be correct. If you leave it empty, your chances are zero.

Tip Number 3. FIRST read the ANSWERS, only THEN read the QUESTION. This takes a lot of practicing since in schools we are taught to first carefully read the question and only then move on to the answer. But when you read the question first, you become very biased!!! So, practice at home by doing past papers with a timer by using ANSWER –> QUESTION order. However, I must stress that this mainly apply to long problems ONLY and there is no need to read answers first in short questions as this will not save you much time. So let’s look at one of the questions but now I will leave only answer options:

A. The fetal heart is not yet strong enough to sustain a normal circulation.

B. Development of the beating heart is one of the last steps in the maturation of the fetus.

C. The pulmonary circulation is bypassed because the Fetus is not breathing in the womb.

Can you guess what the question asked? Could you choose an answer just based on your knowledge of the Human body?

Before birth in the mammalian fetal heart, the ductus arteriosus joins the pulmonary artery and the aorta and the foramen ovale joins the two atria. Why do these modifications disappear hours after birth?  (USABO 2016)

And yes, the answer is C.

This tip subsequently leads to my fourth tip:

Tip Number 4. Start the paper from the END. This is what I call bottom-up test taking which means that you start from the HARDEST question when your brain has still a LOT of energy. If you start from the first questions which are the easiest by the end of the test you will be quite exhausted and everything will seem so hard. Again, this takes practicing since you need to train yourself to turn the end of the paper when you get it and NOT start from Question 1. This also lead to the next tip:

Tip Number 5. I always read answers from E to A. This is my personal preference since some questions have a correct answer either E or D and people who create tests intentionally put some correct answers at the end to make you waste your time by forcing you to read the first incorrect answer options.

Tip Number 6. When you see a huge question, do NOT start reading it! Read the answers and rule out illogical ones that could not be proved by biological knowledge. See this 2016 paper example:

Fossil evidence suggests that roughly 400 million years ago, fish began exploring the terrestrial environment, eventually evolving into the first four-legged land animals called tetrapods. Nature published a study that examines this issue with the organism Polypterus senegalus (birchirs), a modem day walking fish. In the journal article, “Developmental plasticity and the origin of tetrapods,” Dr. Emily Standen’s team from McGill University raised one group of Polypterus on land and another group in the water and tested to see if a change in environment caused a change in the behavior or anatomy of the fish.

The study found that fish raised on land walked more effectively; their fins slipped less during the stroke; they planted their fins closer to their body mid-line; and lifted their heads higher off the ground, reducing friction. In addition, the bones at the base of the fin changed shape, becoming more supportive and allowing more freedom of motion of the shoulder and neck. These anatomical changes actually mirror what is found in the fossil record. Given these results are found in a single generation of land-raised fish, select ALL answers that are an accurate description of this study.  (USABO 2015)

What did I say? Do NOT read the question although it is tempting! Move to answers and IGNORE the question for now. A – might be, we will need supporting material from the question. B – might be, we will need to look into the question. C – NEVER. No study can PROVE anything. It can SUGGEST, PROPOSE, PROVIDE evidence but not PROVE. Evolution is a theory, something that we guess it might be true. So without reading the question you can rule out C. Then look at D – how come??? Evolution takes ages and millions of years! Cross this out. Then E – I smell some Lamarck’s ideas. Do you? No inheritance of acquired characteristics. Period.

If you then read the question BUT looking for evidence for statements A and B you can see that both are correct. This saves you massive amounts of time (I mean seconds but they are important!).

Tip Number 7. Be wary of such words as MUST, HAS TO, ALWAYS, NEVER, ONLY, ALL, ENTIRE, etc. that indicate absence of any exceptions. Bear in mind, biology is such a thing that does not conform to the rules. It is filled with exceptions and unique characteristics. We and the nature is unique and it rarely follows the laws! Have a look:

In most species, males and females are born in an approximately 1:1 ratio. From an evolutionary perspective, what is the most likely reason that explains this? (USABO 2015)

A. In a population with a 1:1 ratio, a parent that produces nonequal numbers of males and females is less likely to pass on their genes relative to the rest of the population.

B. A 1:1 ratio is the most likely because it has the most entropy.

C. There is no major selection pressure that acts on sex ratio.

D. Since each offspring must have 1 male and 1 female parent, this would maximize the number of total possible offspring.

E. Since each offspring must have 1 male and 1 female parent, this would maximize the amount of genetic diversity in the population.

BUT there are exceptions to this tip and to avoid mistakes you need to know your biology. Look at this one:

Which of the following statements about apical meristems is FALSE?

A. Apical meristems are found in roots, shoots and axillary buds.

B. Apical meristems are protected by tissues made from differentiated cells produced by the meristem.

E is correct in this case since all apical meristems are responsible for primary growth.

Tip Number 8. Take some sweets to boost glucose supply to the brain during the test. All biologists know that the brain LOOOVES glucose and sometimes ketone bodies but nothing else (Ref. https://www.ncbi.nlm.nih.gov/books/NBK22436/). So during intense work supply your brains with some grams of sugar!

I hope these tips will help. Try practicing them with a timer and past papers and see how you are getting on!